The Optics System 3 includes everything needed for a complete course in advanced optics.

Our system will take students through reflection, lens theory, diffraction, interference, diffraction grating and multiple slit diffraction. You can also study many aspects of modern optical technology. The equipment is easy to use and durable, and the experiments are substantive, yet conceptually easy to conduct. Areas of study including geometric principles of optics, polarisation of laser beams, investigating basic and study advanced diffraction principles. The results will be accurate and repeatable every time!

EXAMPLE OF USE: Fraunhofer diffraction

Diffraction of light occurs when a light wave passes by a corner or through an opening or slit that is physically the approximate size of, or even smaller than that light’s wavelength. Diffraction describes a specialized case of light scattering in which an object with regularly repeating features (such as a diffraction grating) produces an orderly diffraction of light in a diffraction pattern.
These phenomena can be described through the Huygens-Fresnel’s Principle. Huygens postulated that as a wave propagates through a medium, each point on the advancing wavefront acts as a new point source of the wave.
For instance, the points inside a slit become sources of virtual elementary spherical waves. The observed real wave is the result of the interference of the elementary waves. This suggests that diffraction and interference are phenomena that can be referred to only in a theoretical interpretation.

Constructive interference. Where (p) is the pitch of the diffraction grating. 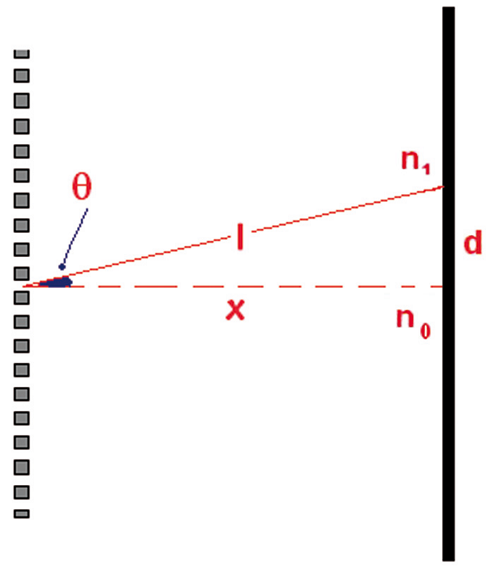 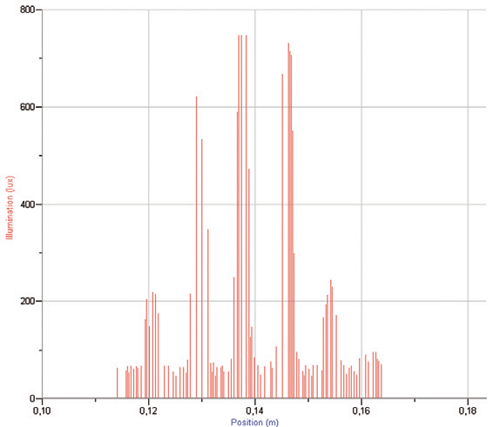 Experimental data of luminous intensity vs. position for a diffraction grating